A geophysical survey of land on the site of the proposed Haverfordwest Welsh Medium School in Withybush, Haverfordwest, was carried for Pembrokeshire County Council by archaeologist from Archaeology Wales as a result of a recommendation by the authority’s archaeological advisers, Dyfed Archaeological Trust Heritage Management. The work followed a previous Desk-based Assessment of the site, also by Archaeology Wales, and was designed to target potential archaeological remains identified by that survey, specifically features related to Bronze Age activity and temporary accommodation units of Second World War date.

The work was undertaken using a Bartington Grad601 gradiometer and conformed to both the ‘Standard and Guidance’ set by the Chartered Institute for Archaeologists (2014) and the methodology set out in ‘Geophysical Survey in Archaeological Field Evaluation’ (English Heritage 2008). The archiving of the data followed guidance laid down in ‘Geophysical Data in Archaeology: A Guide to Good Practice’ (Schmidt 2002).

Although signals produced by the underlying rock formations had a potential to mask archaeological features, the survey is not thought likely to have missed evidence of significant archaeological remains. With the possible exception of the tentative evidence for a large post or a pit, the survey did not identify any features that could be interpreted as prehistoric in origin. Two standing stone locations were identified, although the absence of associated features meant that the interpretation reached in the Desk-based Assessment, that these could have been cattle rubbing stones, was not changed.

A number of linear features were identified, particularly in the southeast, which may have related to activities associated with the WWII accommodation units. A further linear feature in the northwest corresponded to the location of a field boundary identified on historic mapping (tithe, 1st/2nd ed OS).

As a result of the survey, Dyfed Archaeological Trust Heritage Management recommended further work at the site including targeted evaluation trenching, mitigation measures associated with the standing stones and a Watching Brief during construction. 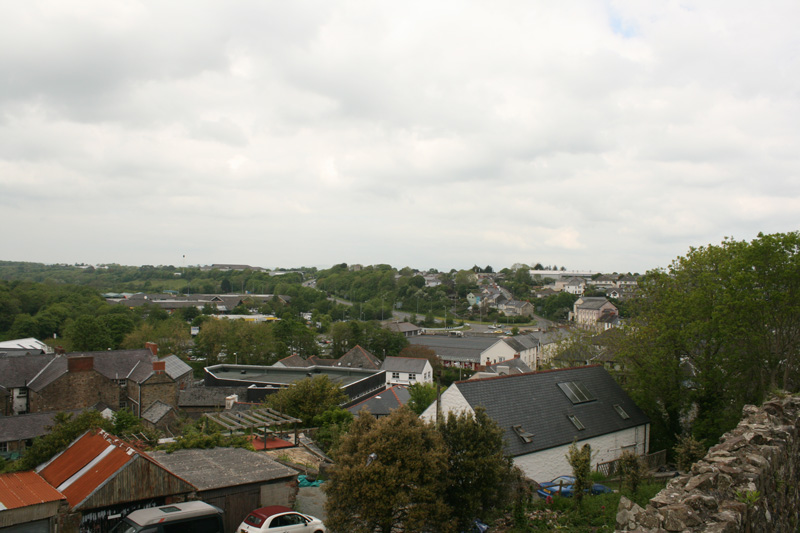